Full Text of Letter of Bishop of Portsmouth to David Cameron


From Rt. Rev. Philip A. Egan, Bishop of Portsmouth


I am writing to you to send you best wishes from the priests and people of the Catholic Diocese of Portsmouth, and the promise of our prayers for you, as you carry the heavy responsibility of leading our great nation. However, I am also writing to ask you, indeed to urge you, to change course on your intention to introduce same-sex marriage.


You have said you are an enthusiastic supporter of marriage and that you do not want "gay people to be excluded from a great institution." Yet I wish respectfully to point out that behind what you say lurks a basic philosophical misconception about the nature of 'equality.' Equality can never be an absolute value, only a derivative and relative value. After all, a man cannot be a mother nor a woman a father, and so men and women can never be absolutely equal, only relatively equal, since they are biologically different. So too with marriage. Marriage, ever since the dawn of human history, is a union for life and love between a man and a woman. It is a complementary relationship between two people of the opposite sex, the man and the woman not being the same, but different. They are not, in other words, absolutely equal but relatively equal. This is why gay couples, two men or two women, are not being ‘excluded’ from marriage; they simply cannot enter marriage.


By enabling gays to 'marry' and by equating the union of gay people with marriage, however well-intentioned, you are not only redefining what we mean by marriage but actually undermining the very nature, meaning and purpose of marriage. Marriage, and the home, children and family life it generates, is the foundation and basic building block of our society. If you proceed with your plans, you will gravely damage the value of the family, with catastrophic consequences for the well-being and behaviour of future generations. The 2011 Census shows the parlous state of the institution of marriage which you claim to believe in so strongly, and of family life in general, with one in two teenagers no longer living with their birth parents and over 50% of adults living outside of marriage.


Can you imagine the confusion and the challenge for teenagers as they grow up and seek to reach a fully mature and integrated sexuality? This is why I fail to see how your intentions can possibly strengthen the institution of marriage and family life. Rather they will dilute it.


More, you are ignoring the huge opposition of Christians, Jews and Muslims alike, as well as that of a huge number of ordinary people. You are imposing the aspirations of a tiny minority on the vast majority. Make no mistake, the change you are proposing is of immense significance. By it, you will be luring the people of England away from their common Christian values and Christian patrimony, and forcing upon us all a brave new world, artificially engineered. What you are proposing will smother the traditional Christian ethos of our society and in time strangle the religious freedom of the Catholic Church in Britain to conduct its mission. There is no sanction whatsoever in the Bible and the Judaeo-Christian tradition for gay marriage. I cannot see how anyone who claims to be a Christian can possibly justify what you are intending to do.


I know you have spoken of the 'quadruple lock' and other legal safeguards. Yet for me many grave concerns remain about the brave new world you are fashioning in the name of the false gods of equality and diversity. For example, will I as a Christian have to support your ideology when preaching? Will you exempt the Church, its resources and premises, from charges of discrimination if it declines to host same-sex social activities? Will Catholic schools, Catholic societies, Catholic charities and Catholic institutions be free (and legally protected) to teach the full truth of Christ and the real meaning of life and love?


I appreciate how politically difficult it can be to undertake a U-turn and to sustain the attendant criticism such would bring. But when it is a matter of the truth, and the reasons are cast-iron clear, a U-turn would be hailed by history only as brave and courageous. This is why, like a Thomas a Becket appealing to Henry II, I do not hesitate to ask you to consider doing what is the right and just thing to do. Otherwise, will we ever be able to forget that it was the leader of the Conservative Party (sic) who finally destroyed marriage as a lasting, loving and life-giving union between a man and a woman?


I assure you of my respect, best wishes and prayers.

CC:  Priests and People of Diocese of Portsmouth


It appears that the Diocese of Portsmouth is blessed to have a bishop who is also an erudite theologian:

"Yet I wish respectfully to point out that behind what you say lurks a basic philosophical misconception about the nature of 'equality.' Equality can never be an absolute value, only a derivative and relative value."

Bishop Egan has hit the philosophical nail on the head in his "speaking the truth to power."  False conceptions of equality lie at the heart of the government's misbegotten plans to redefine marriage - as well as false conceptions of marriage!

As with all falsehood, its ultimate originator is the Father of Lies himself who has it in his heart to destroy all that is good, true and beautiful.  As St. Paul reminds us, it is a spiritual war that we wage against the dominions, thrones and powers, and David Cameron has proven himself to be nothing but their latest tool or "useful idiot".

As well as our political protests and campaigns to stop this madness, every Catholic should be called to arms with the Rosary and the prayer to St. Michael on our lips.  We need the help of the full heavenly array to turn this tide of demonic perversion back.

"Holy Michael, Archangel, defend us in the day of battle.
Be our safeguard against the wickedness and snares of the devil.
May God rebuke him, we humbly pray,
And do thou, O Prince of the heavenly host,
By the power of God thrust down to hell Satan
and all the evil spirits who wander through the world for the ruin of souls.  Amen"
Posted by Deacon Augustine at 15:30

Many thanks, I have put up a link.

The vast majority of people in this country have been saying the same thing,but not as articulately.

If that leader who was foisted upon us by that ridiculous ornament Nick Clegg actually reads it then the whole silly business will be kicked into the long grass,or finish up like the hunting bill and badger cull

Preserving the nation's Christian heritage is the last thing on Mr Cameron's mind. As a millionaire, he loves money and therefore is festooned with the roots of all evil.

from a Roman priest

I am heartened to read the Bishop of Portsmouth's letter. Catholics must organise in protest against the SSM Bill.

Well said, beautifully put +Philip, and thank you, from a deeply concerned, prayerful, orthodox Anglican. The faithful Christians of all denominations stand together on these crucial issues.

As a Christian Catholic, listening to this letter being read out at Mass today, I was absolutely appalled and ashamed. To listen to this hateful message being written in the name of God was, I think, an abhorration, but what is worse than that, it is a view that is taken by members of my own community and family. Please ask yourselves: is this kind of discrimination what our kind, benevolent God would want? The word 'catholic' means 'all-accepting' -- please consider this before trying to discriminate against your fellow human beings in this way.

Anonymous, if you felt that the letter was discriminatory, then perhaps Bishop Egan did not explain the facts of marriage very well, or you simply misunderstood him.

All he is saying is that marriage is an institution and sacrament between one man and one woman for the procreation of children and the loving union of the spouses.

There is no more exclusion or discrimination involved than if the NHS were to refuse me gynaecological services because I am a man.

A bishop and a prophet. A rare combination. 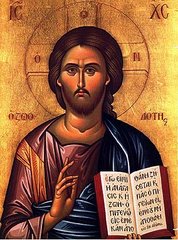